Need a telco line extended we can help. NATG specializes in voice and data wiring, we can run telco demarc extensions for: ADSL, Shaw coax, Telus analog lines, fibre demarc extensions, and more. Lots of time Telus, Shaw, Bell, or another carrier will run on existing cabling, but if there simply is not any in place cable we can help. The big carriers want large straight empty conduits or they usually wont pull a cable in or want a lot of money - in these situations we can help. There is not a specific code requiring conduit, we do need access and a viable cable path, but the requirement for end to end conduit is just ease and aesthetics. There is building code rules; but typically, these just mean you need to fire stop, conduit sleeve fire walls, and run an approved ft6 fire retardant rated plenum cable.  NATG has run lots of single mode fibre runs for telco fibre access from the main entrance point - typically in the basement to the appropriate floor server room. In most cases we will price out a fibre riser run and be a fraction of the price of a big carrier - as often they sub out a lot of this work to contractors, and mark up substantially as most people don't know there are alternatives. We had a job for a major retailer in a large mall and it was an old complex run with convoluted conduit paths - we were able to do the job in weeks - not months - and at less than a tenth of the cost - the client was in disbelief - able to maintain opening schedules - the carrier was requiring 600ft of new conduit via the mall ceiling - meaning; after hours work, lifts, security, and mall permission. If you have a situation and need a quick response we can often order and run the cable in less than two weeks. We dont promise we can do every run without some conduit or have magic answers: but we have saved several clients lots of money and allowed them to maintain opening schedules without delays. Give us a call and see if we can help for your situation.

"In the end it all comes down to service" 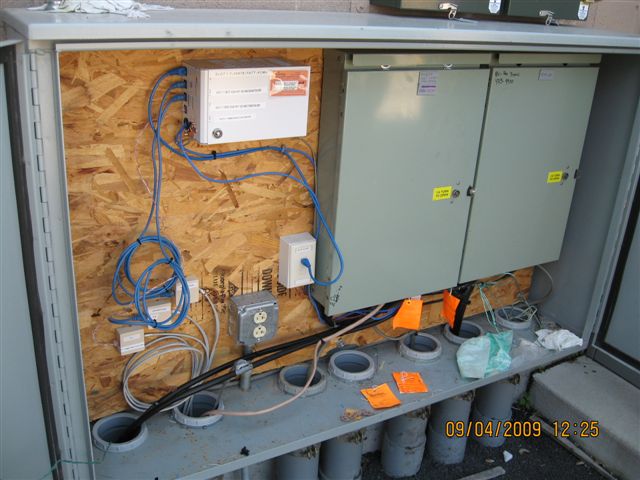 2020 [4]
September [1]
Backup Solutions
April [1]
NATGisIT – Managed Workplace – RMM Software – Remote Monitoring and Management
January [2]
Out with the Old and In with the New: Changing Competitive Landscapes of Telephony   The Nicky Nicky Nine Doors of Internet Security
2019 [8]
November [1]
Key aspects to consider when choosing an IT Managed Service Provider
October [2]
What is Structured Data Cabling?   Get Smart - Get SIP
September [2]
Why they are really Network Cameras as opposed to Security Cameras   What a Good Quality Internet Router / Firewall does for your business
July [1]
Improved Internet Reliability and Cost Savings via SD Wan Made Simple.
June [2]
Hotel Technology Specialists   What's New
2018 [4]
May [1]
NATG recognized as a Silver level Hikvision Partner
April [1]
NATG Test SIP Circuit
January [2]
Fibre, Fiber, Fibre   Lights Camera Action
2017 [7]
July [1]
Can you hear me now - cell boosters
June [2]
Need a new telephone system fast we can help   Reliable wifi
May [2]
National Rollout   Demarc Extension
April [1]
Telco Bill Review
January [1]
SIP Reduced Line Costs and More Features
2016 [1]
February [1]
2016 BC Summer Games
2015 [1]
August [1]
Should we go VoIP? What is it? Why is everyone recommending it?
2014 [1]
August [1]
Our First Blog!